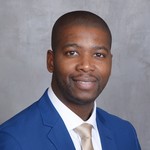 Jamiel Peterson is an experienced courtroom litigator who has successfully represented hundreds of clients in courtrooms across the continental United States.  Jamiel recognizes the difficulties, anxiety, and stress that people are faced with when dealing with legal issues.  Jamiel understands that each client he represents expects him to be sympathetic and compassionate as he is presented with their legal issue.  In every case, Jamiel develops a comprehensive plan and discusses legal strategies with clients in detail so that you can make the best choices for your case as it progresses.  Regardless of the practice area, Jamiel works tirelessly and utilizes the necessary resources, to the extent possible, in order to reach the best outcome for your case.

Jamiel has handled hundreds of criminal matters in both federal and state courts.  Jamiel's prior courtroom litigation experience includes working as a Trial Attorney for the Montgomery County, Alabama Public Defender's Office and a military prosecutor for the United States Air Force.   Additionally, Jamiel served as a Special Assistant United States Attorney for the Western District of Missouri prosecuting matters before the United States Magistrate Court.  Jamiel served as a Special Victims' Counsel for the United States Air Force representing victims of sexual assault throughout the country and abroad.  Jamiel also represented the United States Air Force in civil matters involving multiple labor and employment arbitration and contractual disputes.  Jamiel separated from active duty military service with an Honorable Discharge Characterization and continues his military service within the Missouri Air National Guard serving as a Commissioned Officer for the 131st Bomb Wing at Whiteman Air Force Base, Missouri.

Jamiel is married to Danielle and they reside in the Kansas City metropolitan area.  In his free time, Jamiel enjoys traveling, sports, fishing, spending time with his family, and attending church regularly.

Jamiel prides himself on client communication, which sets our office apart from many other litigation law firms.  Jamiel ensures that clients have access to him and receive regular updates on the progress of their case.  He looks forward to helping you or your loved one and invites you for a free consultation on your case at any time.